Head of Galaxy Digital: bitcoin will not fall below $40 thousand.

Mike Novogratz believes that the mark of $42 thousand, which the cryptocurrency reached on December 4, is the lower level of the current correction 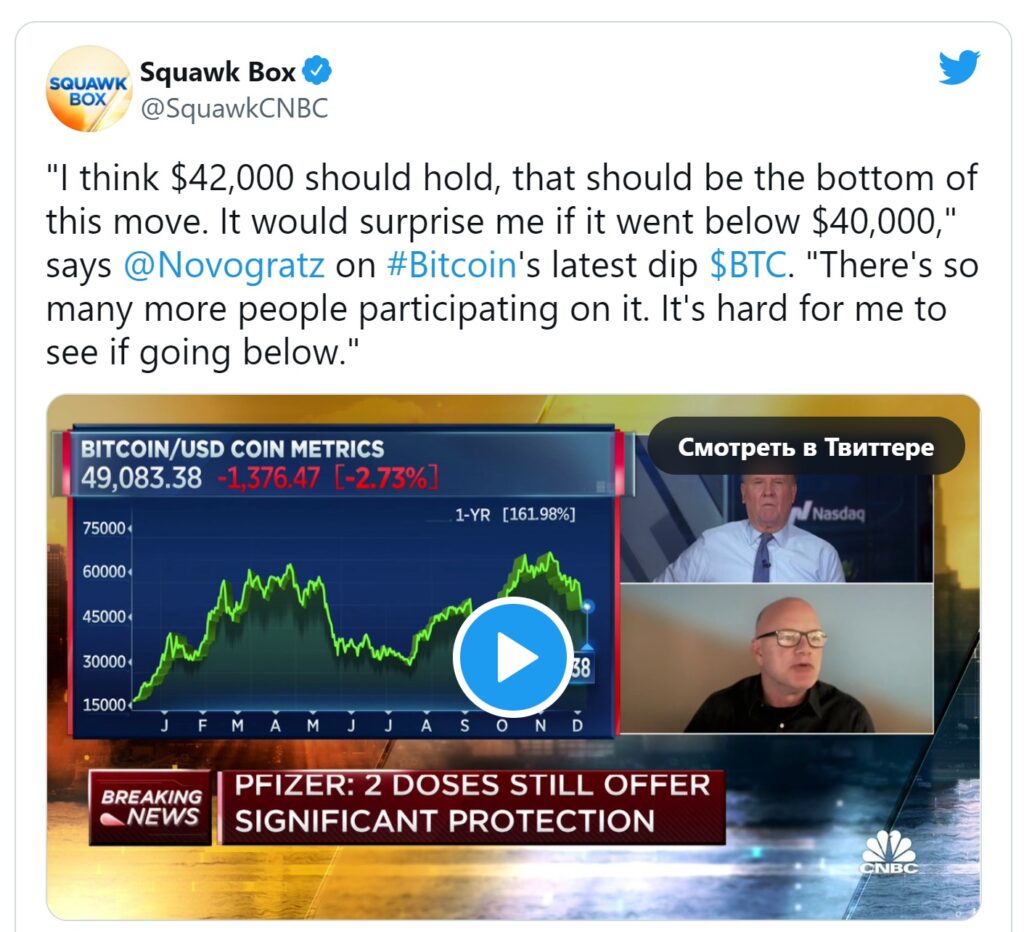 Galaxy Digital CEO Mike Novogratz in an interview with CNBC expressed confidence that the price of bitcoin in the current correction will not fall below $40,000. According to Novogratz, the $42,000 mark is the lower level of corrective decline.

“We need to hold on to the $42k mark because it is the lower level of the correction. I would be very surprised if bitcoin fell below $40k”,¬†said Novogratz.

On December 4, the price of bitcoin for the first time since the end of September fell to $42 thousand. Then the value of the asset collapsed by more than 20% overnight. This led to massive liquidations of traders’ positions worth over $2.5 billion. On December 8, bitcoin is trading at $50,900 and its capitalization stands at $962 billion, according to CoinGecko.

Goldman Sachs predicts the next big event for the crypto market