The creators of the protocol claim that the hack was devastating to the project. Developers of Indexed Finance plan to discuss compensation for losses with the community 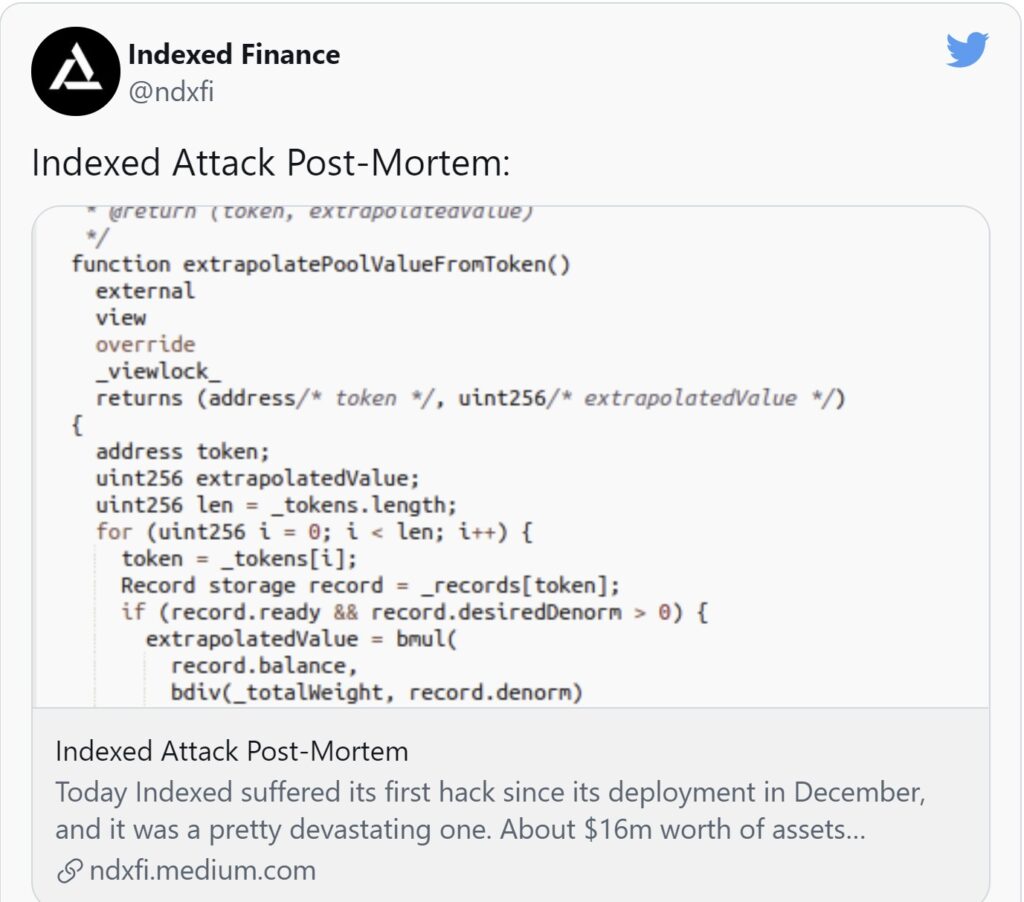 A hacker hacked DeFi project Indexed Finance and withdrew about $16 million worth of cryptocurrency from its liquidity pools. Project developers believe that the attacker used a vulnerability in the rebalancing mechanism. The creators of Indexed Finance claim that the hack was devastating for the project.

In the near future the developers of the project plan to discuss with the community the issue of compensation for the losses of the affected users, as well as to consult with the protocols that have already been hacked.

Last month, hackers hacked DeFi project Vee Finance, which runs on Avalanche blockchain, and stole $35 million worth of cryptocurrency (at the rate of exchange at the time of the hack).

Putin allowed the use of cryptocurrency as a means of payment

Litecoin turned 10 years old. Why the project lost to competitors